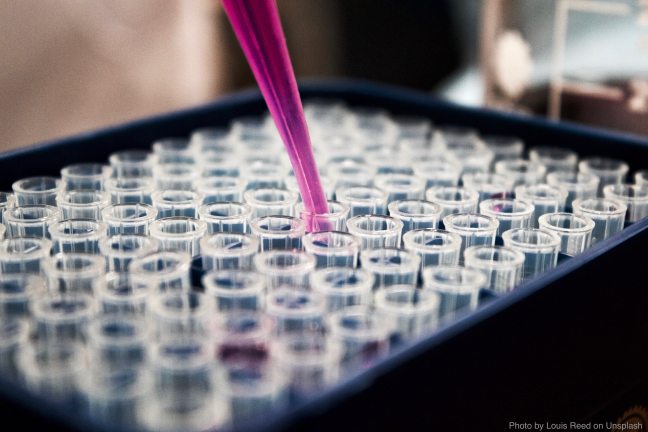 Imagine you are given the funds to support five underprivileged 18-year old students through college. You hold a call for applicants, and receive one hundred applications. In addition to asking for quantitative metrics such as grades and extracurricular achievements, you also interview each student. On what basis would you allocate the funds?

Presumably, you would try to elicit an estimate of how likely the student was to succeed in college if given the scholarship. For simplicity, let’s call this the student’s aptitude. A sensible allocation of the scholarships would be to the students who you estimate have developed the highest aptitude.

Now consider an alternative allocation strategy—a lottery that randomly picks five students from a hat and gives them the scholarships. Again, for simplicity, let’s assume that all one hundred applicants came from similar socioeconomic backgrounds. The second strategy would disregard merit in favor of assuring equality of opportunity.

Personally, I would lean toward favoring the first strategy. Given that all applicants are from similar backgrounds, a demonstration of aptitude likely correlates with the applicant having put in hard work, and is the best predictor I have that they will maximize their use of the opportunity.

If your intuitions agree with mine, let’s make this more interesting. Suppose you are given scholarships to support a 5-year old through a superior education and upbringing. Again, you get a hundred applications, again of students from similar underprivileged backgrounds. Would you try to assess these five year olds’ aptitudes, and give the scholarship to the one with the highest aptitude?

If you’re like me, you certainly didn’t display your aptitude for anything you thrive at today when you were five. So, it would seem that assigning based on the aptitude of a five year old is not a good, or fair strategy, because of how poorly aptitude at that age predicts aptitude in the future. However, if you had access to an oracle that could perfectly estimate how likely the five year old was to succeed at the superior school, then perhaps you would want to give the scholarship to the one with the highest chance of succeeding. If this intuition doesn’t sit right with you, it’s worth thinking about what you think changes between when the child is five and eighteen, aside from them simply fulfilling the oracle’s prophecy.

This oracle doesn’t exist, but what factors might it have considered? Our aptitude at the age of 18 is presumably a function of three things—nature (i.e. one’s genetic predispositions), nurture (i.e. environmental factors such as whether one endured an abusive home, or whether their drinking water was contaminated with lead), and depending on your philosophical inclinations, possibly free will.

I was surprised to learn in this podcast with Robert Plomin, that through genome wide associated studies, an individual’s genes can be surprisingly good at predicting their aptitude for certain skills. Let’s call a person’s genetic predisposition to succeed at a given task their genetic aptitude. As the science progresses, we will find that for many skills, genetic aptitude will be poor predictors of overall aptitude, and in others, they might be highly predictive.

Consider, hypothetically, that the ability to play the violin at a professional level is almost entirely governed by genetic aptitude. Let’s say you’re given a scholarship to provide a single, underprivileged baby the finest possible violinist education, but you’ve received 100 applications. Suppose they were also screened for genetic aptitude, and we find that only one of them has a noteworthy genetic aptitude. What this means is if we were to give the scholarship to all but one of them, we would be nurturing little more than a nice hobby in them, but if we give it to the one with noteworthy aptitude, we might set them up for a thriving career in violin. Would you give it to the baby with the highest genetic aptitude?

If you’re inclined to say yes, the implication is pretty dire—we are tacitly saying that allocating resources based on ones predetermined aptitudes would create a better society than one in which these aptitudes were ignored.

Suppose in addition to an applicant’s genetic aptitude, we also received an evaluation of their environmental aptitude, i.e. their upbringing, neighborhood, family, and probably friends, were all considered to estimate how likely it is that they could be nurtured to succeed in a particular field. Imagine, hypothetically, that the ability to play guitar is governed little by genetic aptitude but almost entirely by environmental aptitude. Again, suppose we have 100 babies’ applications, and only one has noteworthy environmental aptitude for playing guitar. Would we give a guitar scholarship to her, or give it to one at random?

If we’re being consistent, we should probably give it to the one with the highest environmental aptitude. This, for me at least, sounds a moral alarm bell—something seems unfair here. Those babies didn’t choose their environments, so why should one be privileged with a scholarship after already winning a lottery in terms of the environment they’re born into? Household income is probably a very relevant environmental factor, and so we would end up giving scholarships primarily to the rich! Presumably, a fair society would do all that is possible to counteract the influence of environment on aptitude, it would try to ensure every baby an equal opportunity to succeed at a particular task.

So now we have a society in which all babies are equally likely to succeed at any particular task. But, since the process merely spread out likelihood over all babies as opposed to concentrating them in a few, we end up having no one particularly likely to be exceptional at anything.

It’s possible that this homogenous society is able to sustain itself, but would one that deliberately fostered exceptional individuals be better off? Would a society with exceptional scientists be more likely to find the cures for their cancers than one without.

So, would you choose a society in which aptitudes were equalized, or one where we deliberately distribute aptitudes so that we have 5% of babies with a very high aptitude for thriving as doctors, another 5% as artists, and so on? Note that in such a society, since aptitudes are predetermined, we would have no reason to monetarily compensate those who are exceptional doctors and more than those who are exceptional janitors. Everyone would be playing their part, and would earn the same standard of living for doing so.

The world we’ve ended up with is essentially the world described by Aldous Huxley in the book Brave New World. When one reads it, it appears to be a dystopia, but in this blogpost I’ve tried to illustrate that we might want such a world if we buy into one pretty benign premise: that if given a 100 applications for college scholarships from underprivileged individuals, we would give the scholarships to those with the highest aptitudes, and not assign them at random.

In this post, I’ve made a couple of grave oversimplifications. Firstly, I’ve tacitly assumed that we are doing the most good for society by rewarding success, instead of passion for passion’s sake. The second is that I’ve implicitly assumed that it is even possible perfectly predict what an individual could bring to a given field based on their genes and environment. This firstly ignores the implicit value of their lived experience, and assumed an omniscient level of knowledge about the possible futures an individual could encounter in their lives.

These simplifications aside, I do believe there is a question worth considering here. Supposing we have two individuals, Alice and Bob, living in similar environmental conditions, and we genome sequence them. We find Alice’s genes make her 10% more likely to not only be better at violin than guitar, but also to enjoy it more. Say the opposite is true for Bob—he is 10% more likely to enjoy guitar and to be good at it. Would we use this information, and encourage them toward the two instruments asymmetrically? Or are we better off ignoring this information?